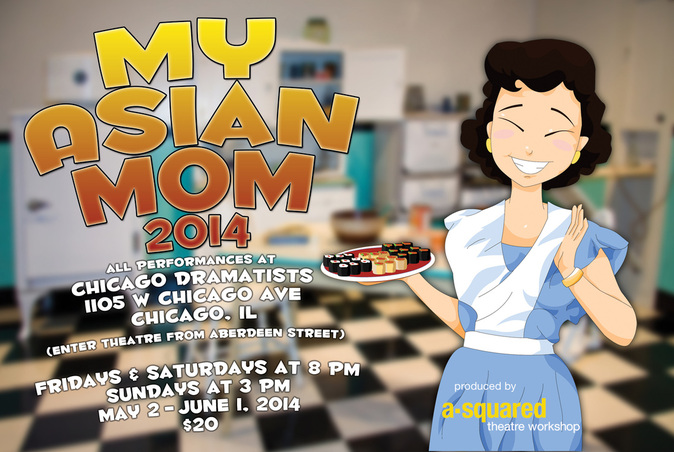 Join TAP-Chicago as we watch A-Squared Theatre Workshop’s presentation of My Asian Mom 2014. MAM 2014 is the third installment of A-Squared’s signature show that examines motherhood and family in the context of Asian America’s varied cultures. The vignettes included in MAM 2014 range from breezy to poignant, funny to heartbreaking.

This year’s production features eight NEW 10-minute plays garnered from submissions by writers from across the country.

TAP-Chicago has been able to secure a limited number of group discounted tickets for $17. Purchase your ticket at:
http://mam2014.eventbrite.com/

Here is a full list of the short plays, writers, directors, and actors in My Asian Mom 2014:

Prologue: Are You My Mother?
written and performed by TJ Medel