TAP-Chicago May Happy Hour at Market 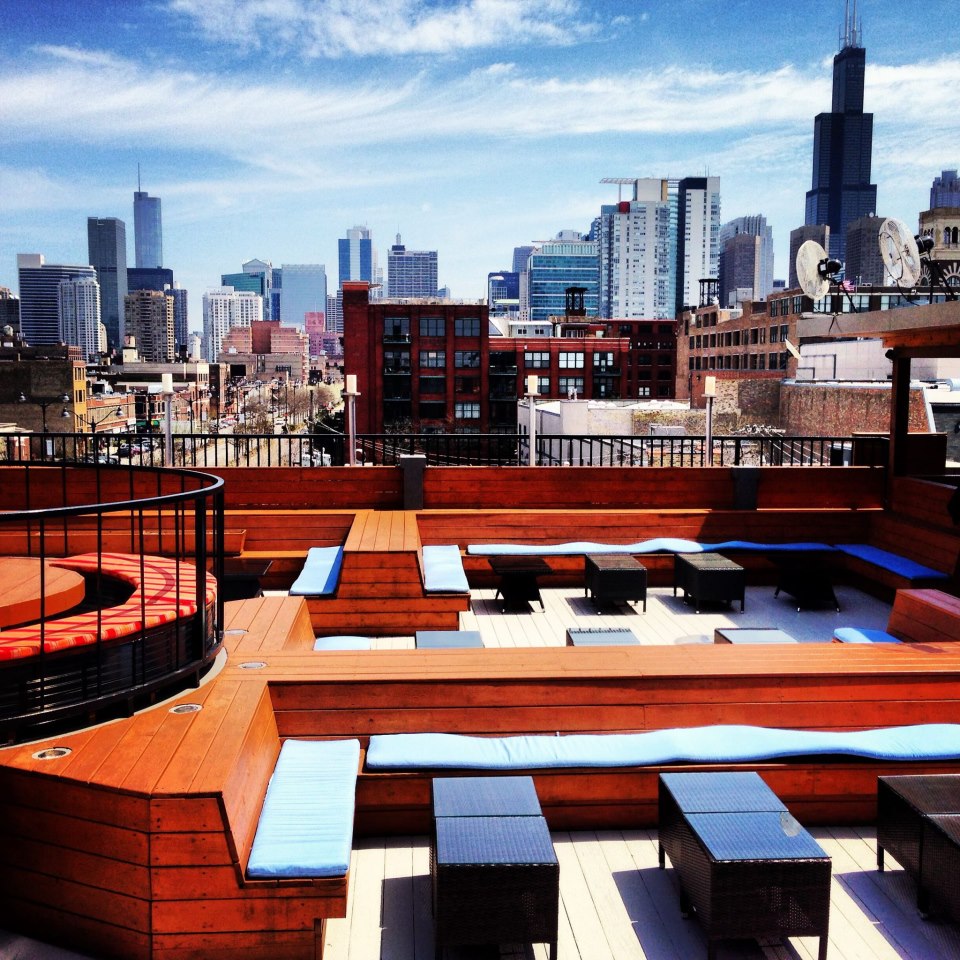 Kick off the summer right!!!

Come join your favorite TAP-Chicago friends as we kick off the summer at Market. We have reserved a semi-private area on their rooftop for you!! With gorgeous skyline views and plenty of space to sit and sip, it is the perfect place to enjoy a perfect summer night or catch an NBA playoff with a couple of new/old friends. Light appetizers will also be provided so make sure you get there on time!

END_OF_DOCUMENT_TOKEN_TO_BE_REPLACED 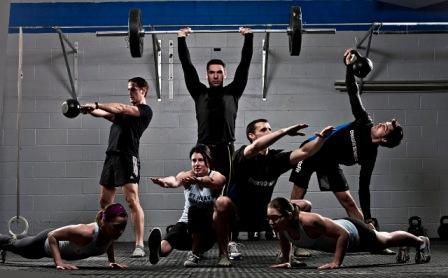 Before you join that gym membership this winter, consider generating momentum for that New Year’s resolution by working out with 25 other friends once a week. Tough it out with members of TAP-Chicago’s Dragon Boat team and friends every Sunday for 12 weeks starting January 13th and ending March 31st, 2013.

END_OF_DOCUMENT_TOKEN_TO_BE_REPLACED

Join TAP-Chicago and John Martin of Sandler Training to learn about the science and psychology of sales and help take your career to the next level.

Many people hear the word “sales” and automatically associate it with the negative stigma of pressuring, manipulating, and pushing people into making a purchase. And yet, a lack of sales skills is cited as one of the biggest impediments to career advancement and entrepreneurial success.

END_OF_DOCUMENT_TOKEN_TO_BE_REPLACED

After an incredible 2012, TAP-Chicago is keeping the momentum going in 2013. Our inaugural social event of the year promises to be fun and meaningful. We love giving back to the community, and this month is no different. We are teaming up with High Jump, one of Chicago’s leading academic enrichment programs for talented and motivated middle school students with limited family income.

END_OF_DOCUMENT_TOKEN_TO_BE_REPLACED

The bad news: due to a scheduling conflict, Howl at the Moon is not able to host our event.

The good news: our new venue is the brand new 3rd floor gallery space at Hubbard Inn, which is a huge upgrade in style, quality, and comfort compared to our original location. We are pleased to announce the revised details for our December Holiday Party and Toy Drive! END_OF_DOCUMENT_TOKEN_TO_BE_REPLACED

On Sunday, TAP-Chicago hosted a Taiwanese breakfast event at Tamarind, where owner Lisa Ko made traditional Taiwanese breakfast food. Thanks to you guys, we had an amazing turnout, and are planning a part 2 next month! Check out our Facebook for event updates.

Thank you, Lisa, for making the event possible, and reminding us of our hometown.

What a great turnout!

Special thanks to Lisa Ko for the amazing meal
Paul Ko for the pictures
Shannon and Phil for coordinating the event
and of course, all of our members who came out to enjoy food with us!

It’s safe to say that Umni Song inspired us all today. She shared her views on the Asian American identity, her professional experiences, and broadened our perspectives on non-traditional career paths and opportunities. 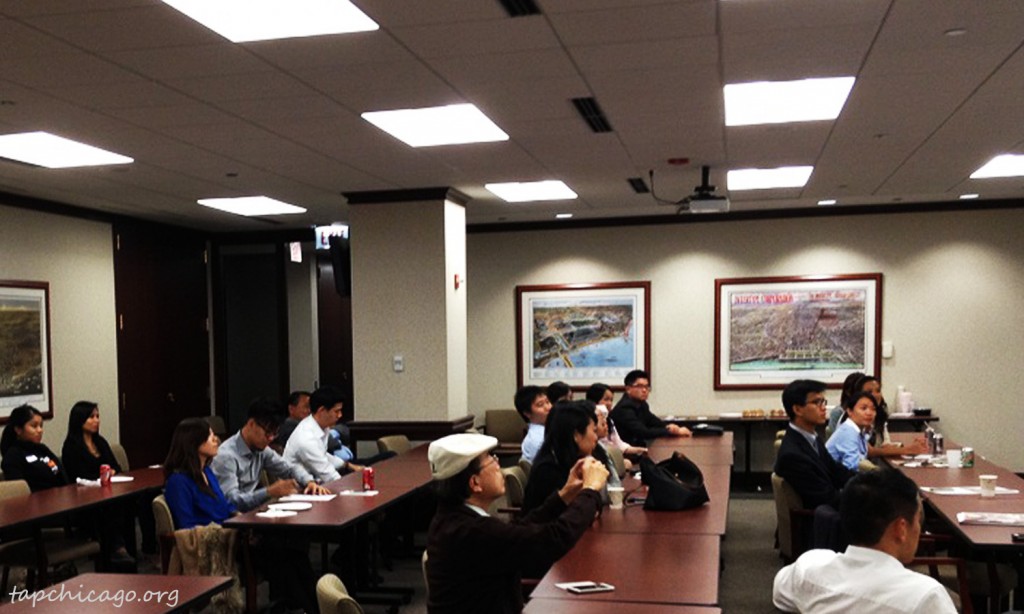 The Asian American Identity
Growing up as a Korean American, Unmi often felt that others did not see her as an American because she didn’t look like one; she also received surprising comments about how well she could speak English. When she lived in South Korea, working for Gold Star Tele-Electric Company in Seoul, she also felt like an outsider. Even though she looks Korean, her limited Korean fluency made it difficult for natives to accept her as Korean.

The anecdote on this topic is short, but it clearly reflects the world Asian Americans live in. While we may identify with a certain nationality and culture, it isn’t always aligned to the perception of those we encounter.

Finding Your Passion
Unmi began her career in the private sector, holding positions in Gold Star Tele-Electric Company in Seoul, the First National Bank of Chicago, Citicorp Investment Bank in New York City, and Bankers Trust Company. While she enjoyed the work and the perks, she noticed one day that there are many others who want her job more than she wants it. She began to think about what she really wants to do, what would make her truly happy, and where her passion is. She decided that her passion is in giving back, in making a difference to the world, and this is what launched her self-exploration and what led to her career switch into the nonprofit sector.

Learning about a Different Career Path
Switching careers is not easy, especially when the switch is to completely unfamiliar and foreign ground. Unmi did not let that stop her, however. Instead, she spent a lot of time learning about the nonprofit sector through reading up on relevant literature and conducting informational interviews, talking to more than 100 people who work with and work in nonprofits. The information she collected helped her pinpoint where her skills and background could be applied and utilized in this different world.

One of the helpful tips she gave was on informational interviews. Informational interviews are interviews that job seekers conduct to help them learn about a specific occupation or organization. These are useful in terms of networking and also in getting an insider’s view on the jobs and organizations. When requesting an informational interview, it’s important  to state your purpose, to explain your skills and what you’re good at, and also to admit that there’s a lot you don’t know. When preparing for an informational interview, it’s helpful to think about questions that will guide you to your ultimate goal, for example: what can I do to be useful to the organization. With time, you’ll be able to refine your questions better to get relevant information, and eventually, your hard work will pay off, just like Unmi’s, when she landed her dream job. Twenty years later, she’s stayed at a job that other people still want, but this time, she wants it as much as everyone else does, if not more. 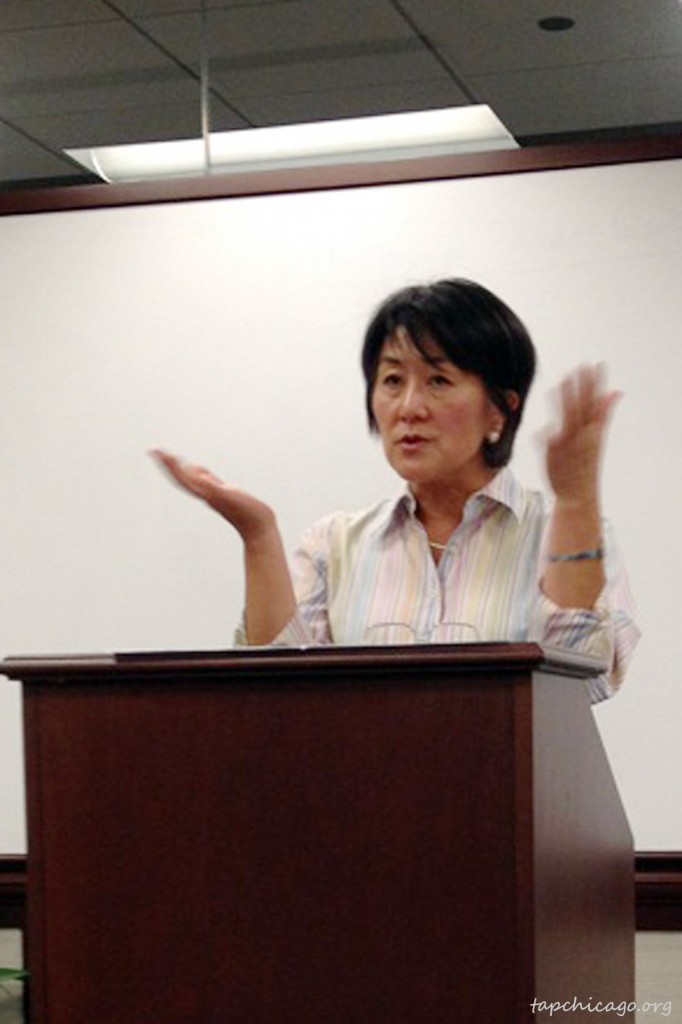 Giving Back
Working for a nonprofit is a lot different than working in the private sector. In the finance world for example, a project can take a lot of time and energy and stress before it is complete, but when it’s done, it’s done. However, when you work for a nonprofit, your work is never done. There is always more to do. While not everyone can or is willing to switch careers to the nonprofit sector, Unmi encourages everyone to give back. She says that Asian American Foundations receive less than 1% of donations. This may be because of the notion of Asians as model minorities– but Asian Americans need help, too. Whether it’s through community service or monetarily, we should all try to give back in ways we can.

After the talk, Unmi stayed with us to answer everyone’s questions. We are so grateful for her time and the inspiration she brought each and every one of us. Some member feedback are below:

“What an awesome and inspiring event! I’m so glad I went.”

“Thanks! Interesting and moving at the same time. Glad I attended… Good job…”

“Had a great time there, thanks for organizing such an interesting seminar!”

Special thanks to Jack and to the Asian Professional Network, who put together this event. We look forward to more successful professional development seminars such as this one!

TAP-Chicago would like to thank all of you who came out to the urban farming event at Chicago Lights last Saturday! We had an awesome tour of the farm grounds, watered plants, harvested tomatoes and green beans, helped with composting, and even discovered what a worm egg looks like! Below are some pictures to share with you in case you missed out. 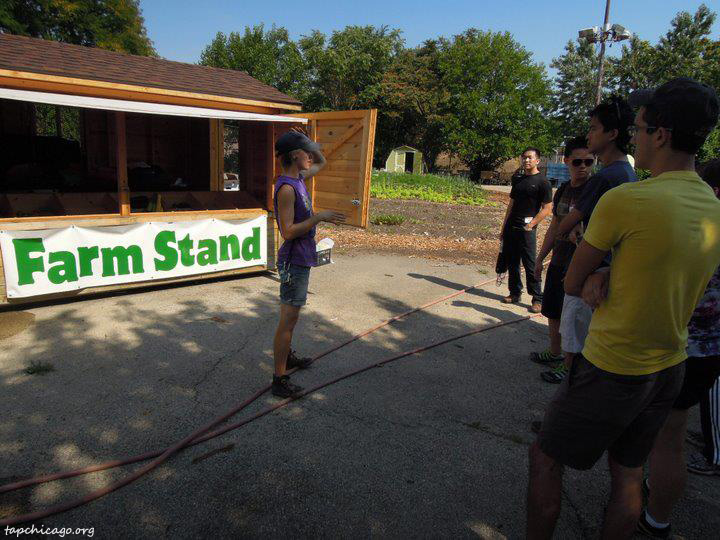 Laura Lynn, one of the farm staff members, giving us a tour of the grounds. 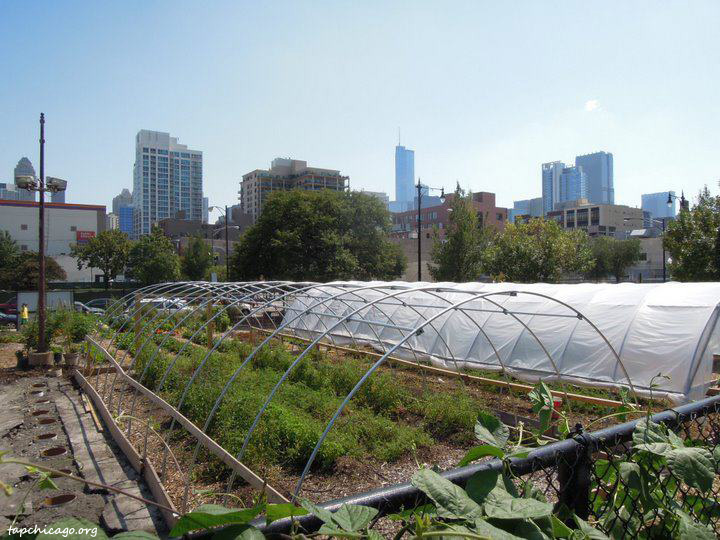 There are vegetable plots not only for their farm stand but also for summer camp kids and neighbors in the community, a green house under construction, and enormous compost bins. 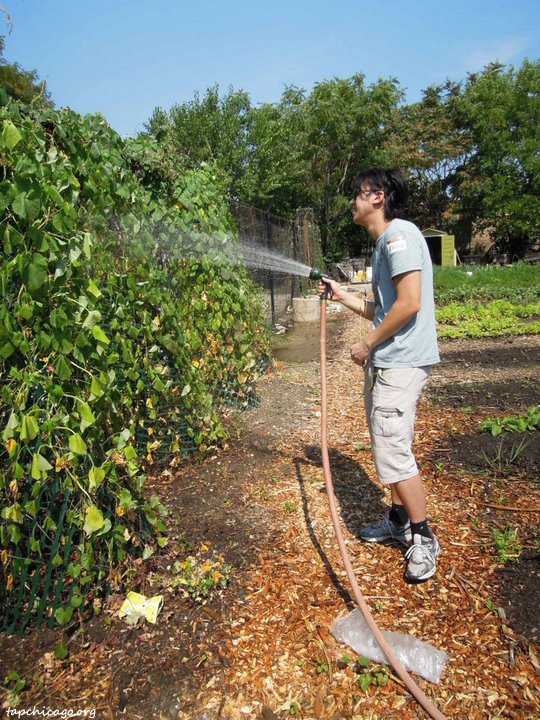 We helped with watering. 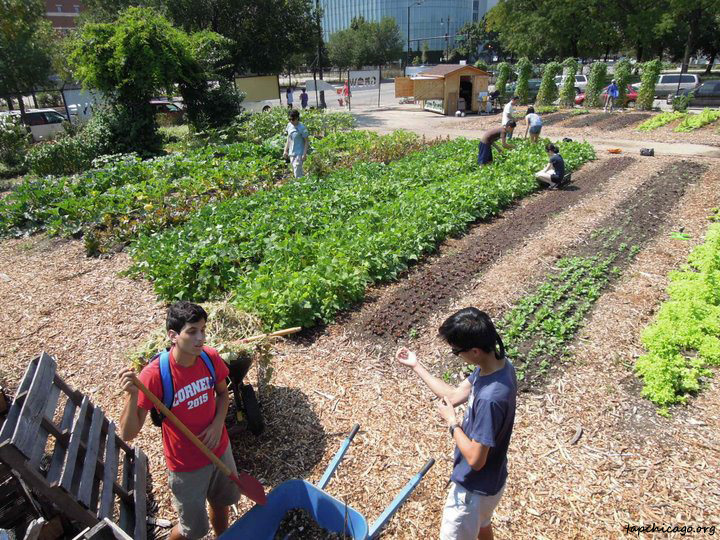 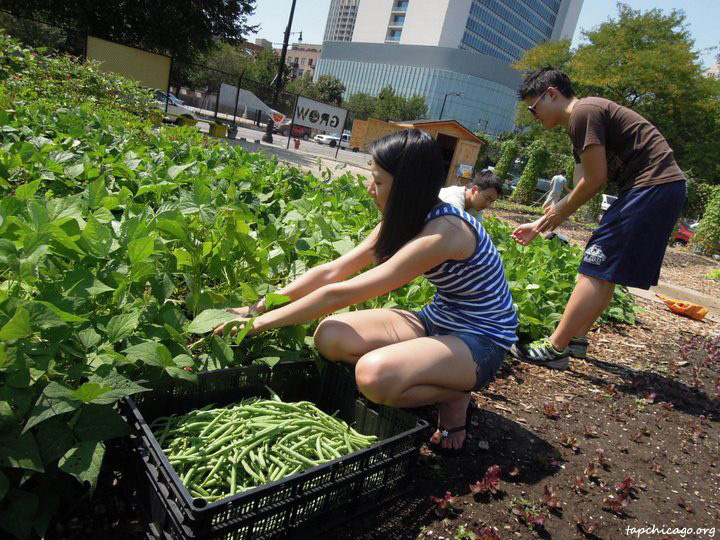 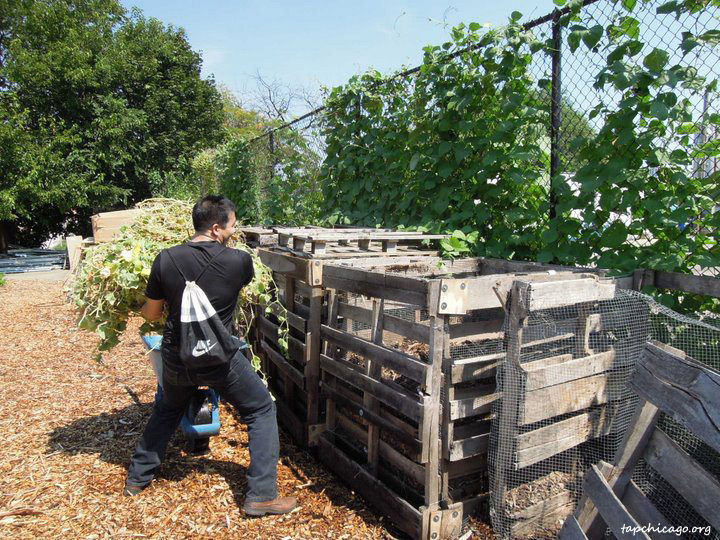 and helped with composting. 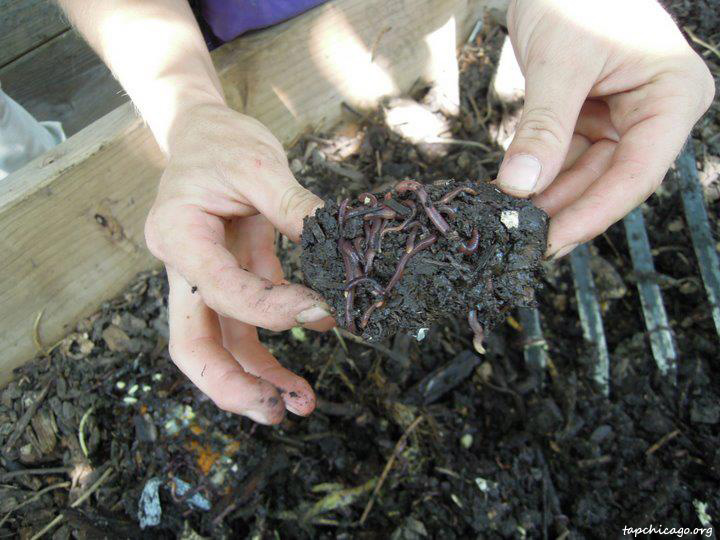 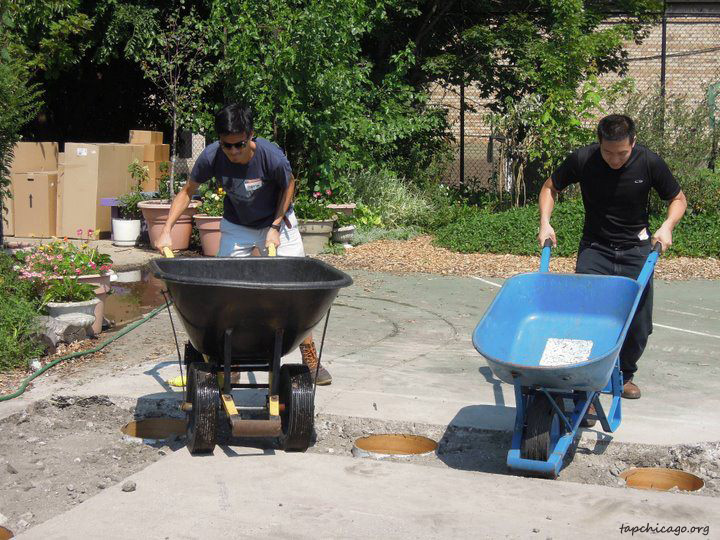 It was work, but it was fun.

To thank our members for participating, we had a drawing for the gift certificate to Chilam Balam, a delicious Mexican small-plates restaurant in Lakeview and a strong supporter of sustainable agriculture and local farmers. Congrats to Jay for winning. We hope you enjoy the hard-earned meal!

Special thanks to Henry Y. So and Autumn Chim for organizing this event, to everyone who came out, and of course, to Chicago Lights for teaching us so much and spending time with us.

Please join us for our next community service event at the Asian Youth Services on September 15, 11:00am – 2:00pm, where we’ll be tutoring, mentoring, playing basketball, etc., for at-risk youth!

Merry Richards Jewelers has been a generous sponsor of TAP-Chicago events and they invite all members to attend their upcoming fashion launch party on Saturday, September 15th. Please come to support this family-owned business and check out some major bling! 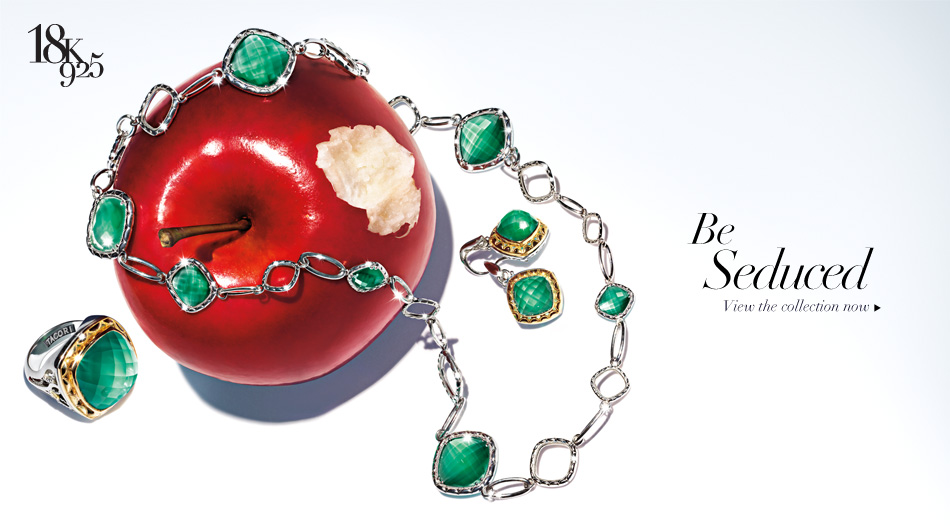 With close to 200 attendees, the space was packed with new and old faces and great conversations. 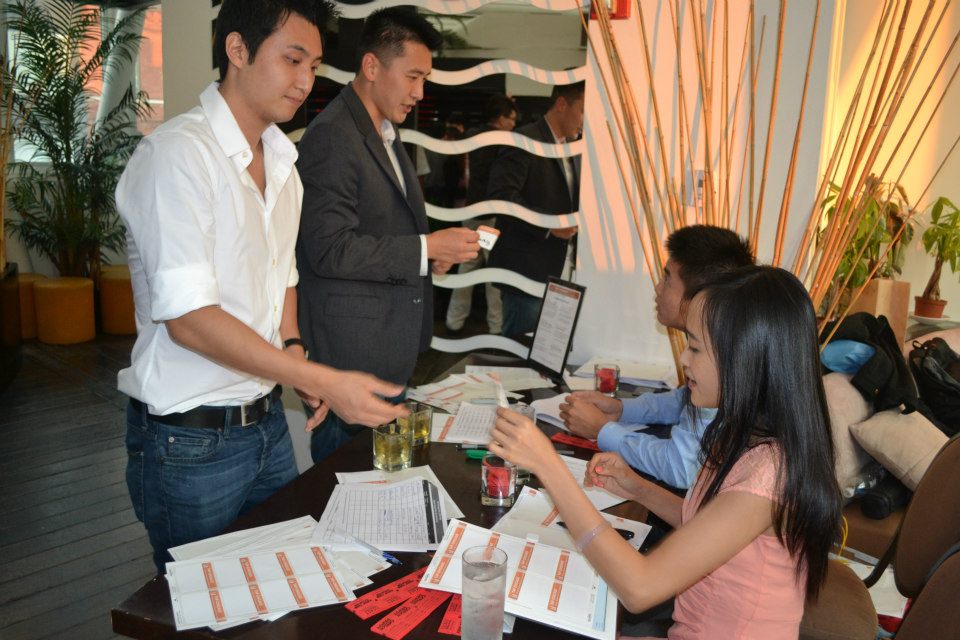 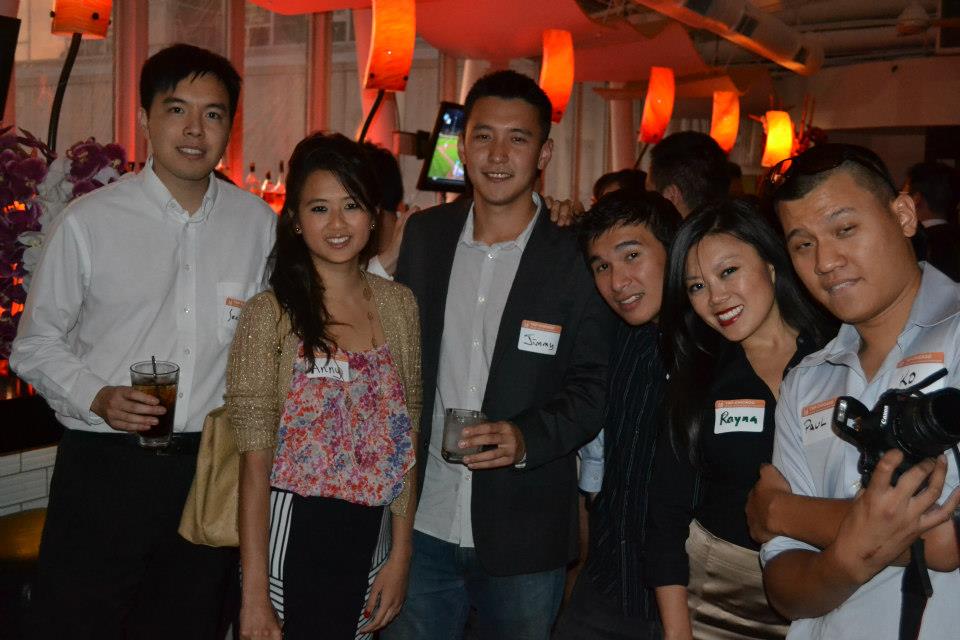 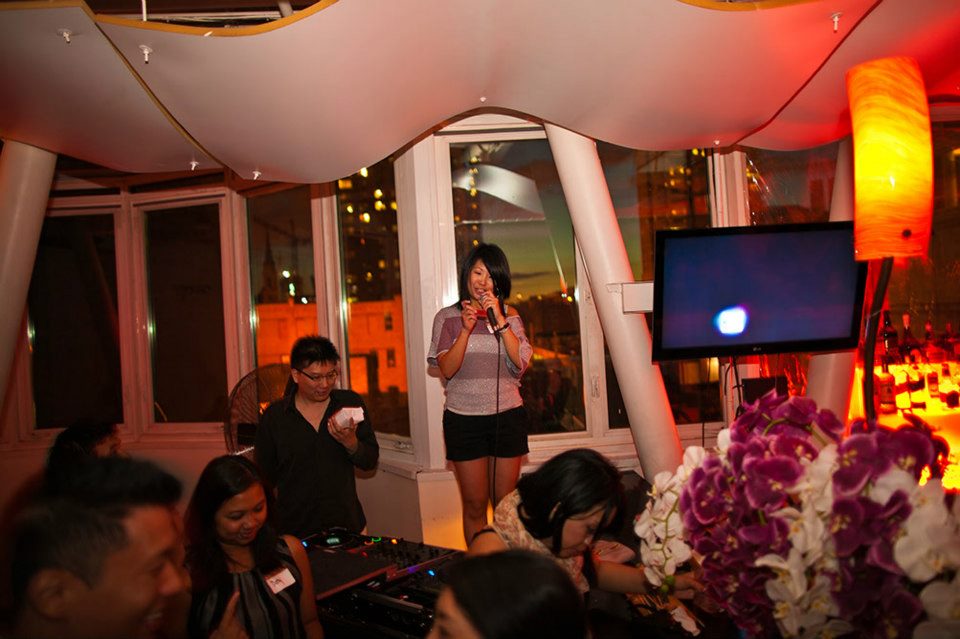 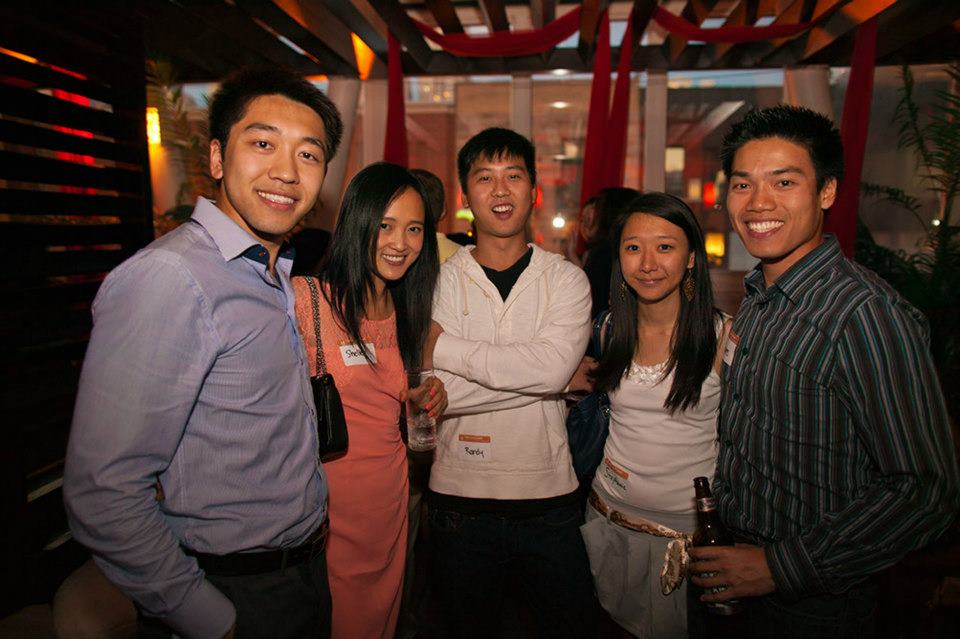 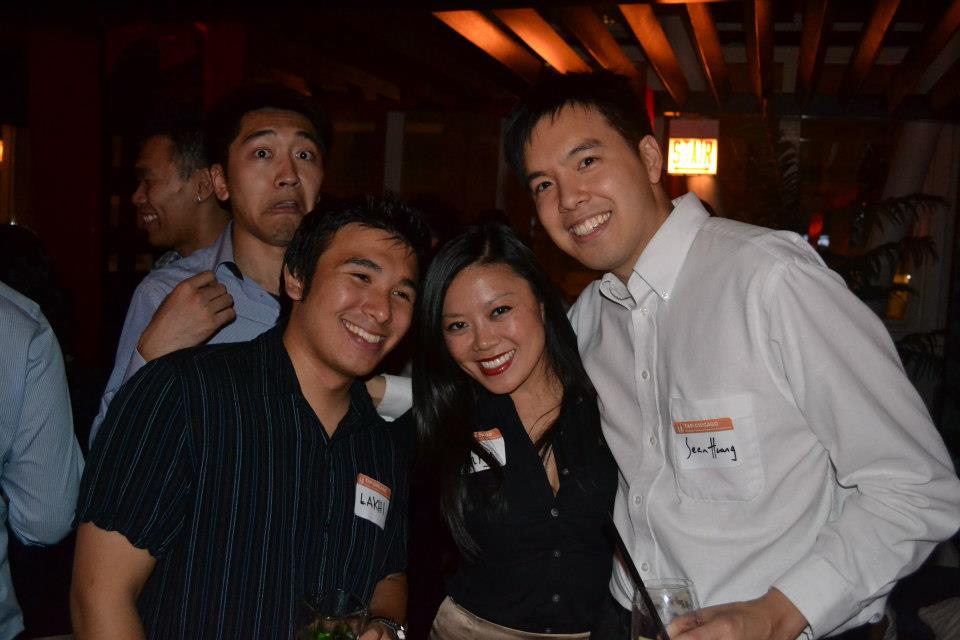 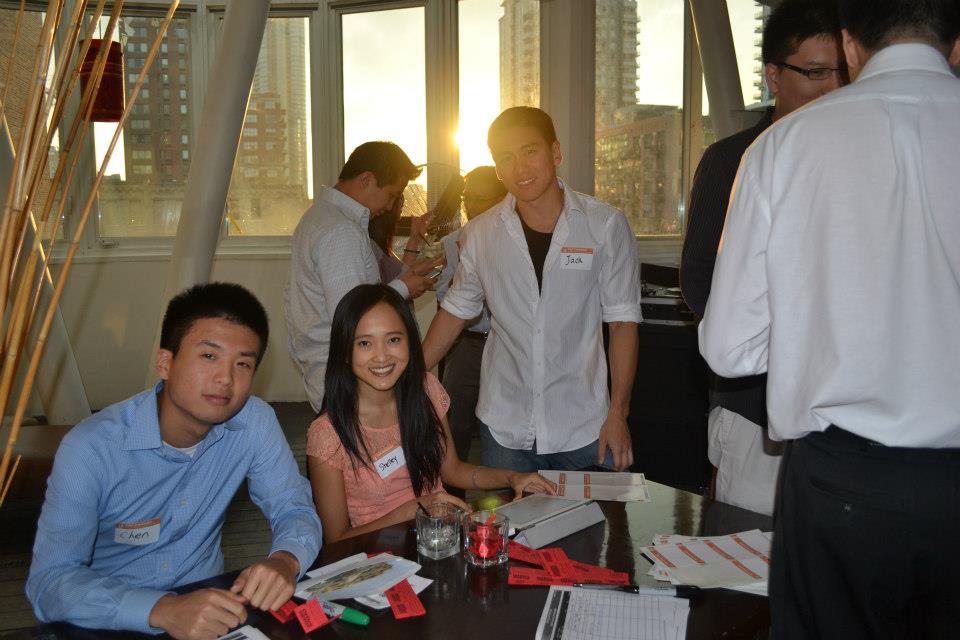 A big thank you to our volunteers, to our co-hosts, and of course, to our members, for your continued support.

Feel like you missed out on our August happy hour? Don’t be too distraught–we’ll have another one in September, so be sure to visit our website or Facebook page for updates! Also, if you want see more pictures from this evening, please click here.